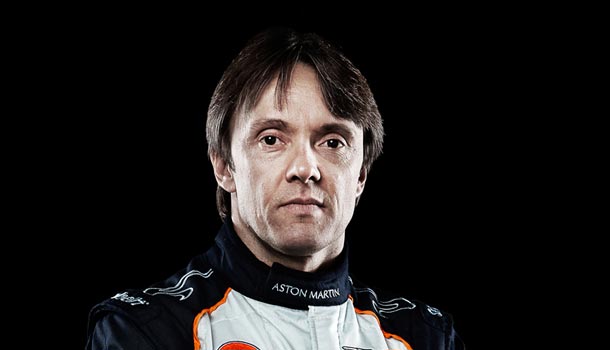 MIAMI, Fla. (September 12, 2012) – Veteran driver Adrián Fernández today announced that he will end his FIA World Endurance Championship campaign with Aston Martin Racing early to focus on opportunities within the United States for 2013 and beyond. Four races remain on the calendar with upcoming international rounds at Brazil, Bahrain, Japan and China.

Fernández has been an official works driver for Aston Martin Racing since 2010 contesting select races in the American Le Mans Series and Le Mans Series in addition to the WEC. After competing in the AMR-One LMP1 and Aston Martin-Lola LMP1 prototypes, the team switched to the GT category this year with the Aston Martin Vantage GTE and recently claimed a third-place class finish in the prestigious 24 Hours of Le Mans.

“I would like to thank Aston Martin Racing for the opportunity they have given me the past three years,” said Fernández. “The new FIA WEC has put together a fantastic schedule for this year but, to be honest, my focus and preference is on competing in North America. The team and I mutually agreed to end our relationship early so we both can focus on our future plans and Lowe’s was supportive of this decision.

“I am not retiring. With the recent and exciting announcement of the unification of sports car racing here in the States, I am very enthusiastic about the prospects moving forward. Racing is still in my blood and I still feel very competitive. I plan to take my time to look at possible opportunities for next year and, in the meantime, I will enjoy my beautiful kids and do all the other things that I haven’t done in 31 years of my racing career. I am excited about this next chapter. I want to find a team environment in sports car racing that is competitive while at the same time fun, and a place where I use my experience to contribute to its success.”

One of the most popular athletes to hail from Mexico, Fernández has been successfully competing– and winning – in motorsports for over 30 years and is the only professional athlete from Mexico to have a career that spans over 20 consecutive years outside of his homeland at the top levels. He has won in a wide variety of categories including the IZOD IndyCar Series, American Le Mans Series (ALMS), Grand-Am and the former Champ Car (CART) Series. He was also a successful driver/team owner with Fernandez Racing, which operated from 2001 through 2009.

A recipient of an abundance of awards over the years including the Pedro Rodriguez Trophy as the top Mexican Driver and “Athlete of the Year” in Mexico, Fernandez was inducted into the Mexican Auto Racing Federation Hall of Fame in 2010.